From containment to mitigation: March 12 and the lurch to 'catastrophe' 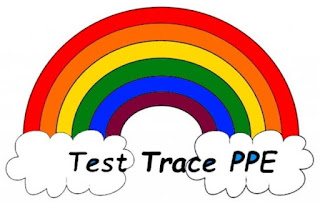 The UK government's multiple failures over the Covid-19 crisis, including its shocking negligence in planning and preparation, should be the subject of the most probing and critical inquiry.

However, as Professor of Global Health at UCL, and former World Health Organisation director, Anthony Costello insists, key answers need to be provided right now on the chain of advisory discussions and policy decisions that went on within the Scientific Advisory Group for Emergencies (SAGE), including the presence of non-science-based figures.

And high on that list of required public information should be the sequence of events that led to the UK government's abandoning of 'contact, trace and test' on 12 March, a central part of the so-called 'containment' strategy.

"This question about testing policy is far more than a matter of bureaucratic sophistry. The government’s decision on 12 March, when the UK had 590 confirmed active cases and nine deaths, led to the uncontained explosion of the Covid-19 epidemic. Imperial College London researchers have estimated the baseline R value – the rate at which people are passing on infections to others – at that time to have been just below four. Between 12 and 24 March, when the national lockdown started, cases exploded. By 28 March, Imperial researchers estimate that more than 1.8 million people in Britain were infected. The official death toll in the UK from Covid-19 stands at nearly 35,000 people, though estimates from the Financial Times put the number of lives lost at more than 62,000."

This comment from Devi Sridhar, Professor and Chair of Global Public Health at Edinburgh Medical School, and Director of Global Health Gov, reinforces the point with alarming effect:

"I’m not sure the British public understand the health, educational, economic & social implications of abandoning containment on 12th March. Who made that decision and on what basis? Truly catastrophic."

Sridhar also laid out the vital importance of this containment policy in an article on 23 March, lamenting even at that point how the UK had "lost the window of containment several weeks ago":

"The UK’s head start in managing the outbreak continued as our confirmed case count remained lower than our neighbours’. However, on 12 March, Boris Johnson announced that all minor testing and contact tracing would stop and passive self-isolation would be introduced for those with symptoms, all part of a herd immunity strategy supposedly endorsed by the “best science”."

It is clear from the considered analyses of Sridhar, Costello and many more notable public health figures that the UK's decision to move from an effective policy of containment to one of mitigation on 12 March was a monumental mistake resulting in mass, unnecessary loss of lives.

And despite Nicola Sturgeon's subsequent 'policy distancing' from Boris Johnson, we must also ask why Scotland went along with abandoning that well-regarded approach.

On 21 March, Allyson Pollock, Clinical Professor of Public Health at Newcastle University, wrote a detailed letter to the Scottish government pointing out the dire implications of not having a comprehensive contact trace policy in place, and urging them to do so:

"I am writing as a public health physician who is increasingly concerned about the apparent failure to implement fundamental public health measures to address the COVID-19 outbreak – specifically, community contact tracing and testing – and about what seems to be one of the knock-on effects of this failure, namely the blanket closure of schools. Tracing and testing of contacts, isolation and quarantine are the classic tools and approaches in public health to infectious diseases. According to the WHO, they have been painstakingly adopted in China in response to the COVID-19 outbreak, with a high percentage of identified close contacts completing medical observation; and they have been strongly recommended by the WHO for other countries."

A Scottish government policy paper published on 10 March had set out the many benefits of contact tracing. As explained, it allows for the relatively quick identification and containment of infected individuals and clusters, particularly in the early days of virus suppression.

And, indeed, it had been used to reasonable effect by the authorities in Scotland after the reporting of such an early cluster following a gathering in Edinburgh of Nike employees on 26 and 27 February.

Yet, by 12 March, just two days after the publication of that paper, the Scottish government had followed the same Westminster line and discontinued the policy, with the same disastrous consequences.

Responding to questions on 21 May, SNP Health Spokesperson in Westminster, Dr Philippa Whitford, said that "looking back, the mistake right across the UK” was for Scotland to stop contact tracing on March 12, claiming, in apparent mitigation, "at that stage we still had this four nation decisions influenced by SAGE".

Whitford also says that she herself advised at the time that any form of testing and tracking, even in nominal form, should have continued in Scotland in order to help break any chains of transmission.

Again, this shows the importance of Costello's demand to know what was going on inside SAGE, and to what extent Scotland was 'unwittingly' drawn into such a negligent and tragic UK policy position.

The sense of exasperation over the UK's failure on contact tracing was also duly expressed by Dr Rachel Clarke on 20 May:

"The WHO declared a pandemic on March 11th. That's 71 days ago. #COVID19 has killed over 40k Britons. And yet we *still* don't have adequate contact tracing. Not even close. This is a truly scandalous failure of government."

Nor did that UK shift away from containment on 12 March see any immediate implementation of a UK-wide lockdown.

Alongside the abandoning of contact tracing, the results of delaying lockdown until 23 March has proved calamitous.

Again, Nicola Sturgeon had seemed ahead of the game here in recognising the need to close down schools and offering earlier closure advice to businesses.

But this difference was at best nominal. As with contact tracing, Scotland was still in effective lockstep with London over lockdown, once more against all the better advice and warnings from the WHO.

A disturbing study from Scotland has been used to evaluate the UK-wide impact, revealing the shocking human cost of Johnson's late lead on lockdown.

As noted at Media Lens:

"University of Edinburgh researchers have estimated that at least 2,000 lives would have been saved in Scotland – a staggering 80 per cent of the total – if the government had introduced the lockdown two weeks earlier. Rowland Kao, professor of epidemiology and lead author of the study, said there had ‘definitely’ been enough information about the coming pandemic in mid-February. If the lockdown had been imposed across the whole of the UK on March 9, rather than March 23: ‘you would expect a similar effect to the one seen in our research on Scotland.’ In other words, there would have been an 80 per cent reduction in the death toll across the whole of the UK: around 26,000 lives saved (assuming the official undercount by May 3 of 32,490 fatalities). This is a truly shocking statistic and a damning indictment of the Tory government."

Increasing public criticism over this staggering rise in avoidable deaths has seen Johnson, Hancock and the daily 'briefing' make its own shift from political containment to deeper denial and mitigation.

But the stark truth is now all too evident. This government has failed to protect an entire population, most shamefully its elderly, poorest and most vulnerable.

It has also failed to prevent a widespread mental health crisis.

With over sixty thousand deaths and another possible surge, the UK sits as nothing less than a
failed state.

And the abandonment of people to crude economic and political priorities goes catastrophically on.

Johnson has permitted a too early and highly irresponsible set of lockdown exit measures before any promised track and trace system is even in place, risking, as alarmed NHS leaders have warned, a major second wave of infection and another crisis overload on the health system.

His pledge to have a "world-beating" contact tracing system up and running by 1 June also looks like more faux Churchillian bluster.

Nor does the proposed model augur well. Professor of Public Health Linda Bauld says she is “not convinced at all” that this very late, untested and highly centralised, rather than provenly localised, system will be efficient or useful.

But, again, even if Johnson did deliver, there's still the reckless folly of permitting dangerous lockdown relaxations before any such programme is doing its work.

In welcome contrast, Nicola Sturgeon's 4-phase 'route map', announced on 21 May, has laid out plans for a much more "cautious" and "proportionate" exit from lockdown.

Phase one includes more outdoor activity, a limited easing of household restrictions and re-opening of certain retail outlets. By phase three, schools could re-open on 11 August, again subject to all the same key controls and as part of an agreed position with teaching bodies.

Yet, while expressing greater resolve than Johnson to match these gradual measures with contact tracing, Sturgeon's plans still suggest no immediate urgency in ramping up the strategy, intimating that it may only come into greater play in later phases.

However, the model being rolled out in Scotland does fit the kind of well-established localised approach approved by Sridhar, Pollock, Bauld and others, rather than Johnson's centralised system, with its cumbersome technology, contracts to corporate giants like Serco, and much more worrying surveillance/privacy issues.

Northern Ireland has also rejected the UK version, building on its own more encouraging results.

As Sridhar, Pollock and others warn, there has to be an urgent application of track and test in these traditional, decentralised forms, with the devolved governments and regional health bodies in England best utilising their own health and educational capacities.

For Sridhar, the critical question of re-opening schools has to be seen in this same key context.

While there can be no completely risk-free environment yet for returning pupils and staff, any evaluations and decisions can only happen where an intensive test, trace contact policy is in place to provide real-time localised data on the relative risks and safety levels.

Yet, as rash plans for an early return to schools in England shows, basic lessons in public health monitoring still haven't been learned.

In stark contrast, Germany and Denmark are key examples of how such localised and vigilant measures have been used to guide major decisions such as schooling, helping to bring these countries back much more quickly and safely to points of relative social 'normality'.

Lamentably, the UK looks nowhere near this level of intelligent engagement.

Yet, while England in these regards now seems like the worst 'outlier' of the four UK members, a more general and worrying UK lockstep still prevails, seriously inhibiting any more efficient use of containment strategies at devolved and regional levels.

Nor, unlike successful infection-managing countries like Denmark, is there any indication across the UK of significantly increased capacity for mass testing, including asymptomatic people, in order to better track and evaluate clusters and suppress the spread.

As lockdown starts to scale down, containment needs to scale up, warns Devi Sridhar:

"We need to think ahead to next winter when flu season hits and activity moves indoors. How can a second lockdown be avoided? How can more deaths be prevented? How can we best use the summer to create strong public health infrastructure (incl. mass testing)?"

All told, even after so many avoidable deaths, and the looming threat of a second wave of infection, the entire UK is still lagging alarmingly behind what a wealth of science and public health analysis is saying about the need for dedicated and effective containment.