Windsor and Witchell, too long reigning and slavering over us 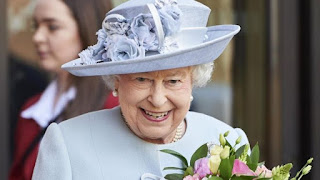 These are the words which are used most frequently to describe Queen Elizabeth II, monarch and head of state of the United Kingdom and of her "other realms and territories". Few, I think, would disagree with these characterisations of a widely respected sovereign whose reign has entered the record books.

One day we will live in a modern, grown-up republic of true democratic values, with a fearless media inspiring the political and civic imagination. Until then, we have the monarchy and the BBC.
Posted by John Hilley at 14:27