Woolwich to Kabul - getting street-wise about war

In the wake of the Woolwich killing of a soldier, many, including the dead man's family, have expressed bewilderment that 'this kind of thing' could have happened on 'our streets'. 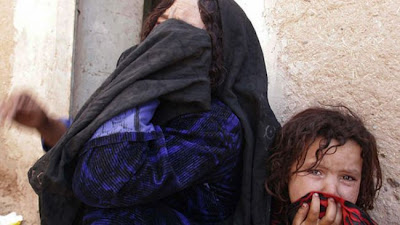 Have a look here at the list of horrific deaths and injuries inflicted by Nato forces on Afghan streets:

And then care to reflect on why many people appalled by Woolwich also seem so perplexed and angry.

Could a key part of the reason be that, unlike Woolwich, so many 'here' receive almost no information on such fatalities and, thus, hold little regard for what's happening 'over there'?

Is their condemnation and anger motivated only by base human concern over an awful killing or conditioned also by a gross imbalance in their view of war-assaulted 'others'?

In stark contrast to what happens when a soldier dies, whether 'here' or 'there', Afghan deaths are ignored and anonymised: where are their names and faces, their voices and stories, the mass media coverage of their deaths and families' suffering?

That, of course, covers just some of the staggering tragedy that is Afghanistan. Just think of the many more grieving families that have cried just as painfully over lost loved ones on Iraqi streets, on Libyan streets and, for over six decades of Israeli occupation and murder, on Palestinian streets - for, in its consistent support of Israel, that's also a Western-waged war.

As we rightly think of another family's terrible personal loss on a Woolwich street, try to imagine, if that's not too difficult amid the mass propaganda, a 'global street'; one on which we all live, where, on some ravaged parts of it, many more suffer and die horrendous deaths, victims of war and aggression routinely waged against 'them', but seldom troubling 'us'.

When invasion and persecution 'there' become intolerable, others, as seen, will likely take to 'our end of the street' intent on waging savage retribution. Whether the perpetrators are raised 'here' or come with dark intent from 'there' makes no essential difference, either to the nature of their grievance or their terrible, mistaken means of 'redressing' it.

The violence such people bring to 'our' part of the street does nothing to help those suffering at the war-broken end. Indeed, it only intensifies their suffering as such acts are further used to legitimise illegal wars and intensify the spurious 'war on terror'. Result: more violence, more blowback, more street hatred, more disturbing powers for the state to impose upon the street at large.

Contrary to Jonathan Freedland's illogical claim that left voices are using such attacks to 'make their anti-war case', and should refrain from doing so, it's not remotely hard for any rational, or street-savvy, mind to see that Western invasions and Nato killing will only increase the likelihood of such responsive atrocities.  So, why is Freedland not speaking about the massive and irrational propaganda process serving to stifle that truth rather than questioning the motives of those trying to expose it?

Nor, for Glenn Greenwald, should we be surprised now by the art of distortion which, blatantly or mendaciously, seeks to castigate such views as 'warped' or the conclusions of 'terror apologists'.

That, in turn, gives licence to other misguided people, like the EDL, now pledged to 'defend our streets' with their own hate-fuelled threats and  retributive violence.

Such escalation is ugly enough, most obviously for an anxious Muslim community once again compelled to demonstrate its 'peaceful intent'. Yet, how darkly ironic that while Muslims are being killed in their millions in places 'over there', it is also the very religious community 'here' that's most under attack as a 'threat to our civilization'.

Whatever the complexities of conflicting Islamic strands, or problem of jihadi fanaticism, that's a remarkable inversion, one which seems not to merit serious reflection from 'our civilizing' media now talking-up an 'inevitable clash of civilizations'.

All that serves as a vital smokescreen for Western war policy. For Cameron, it helps divert attention from the political rather than religious issues behind Woolwich and other such attacks.

For while we should, indeed, fear the irrationality of the religious-driven zealot, Muslim, Christian or otherwise, what greater suspicion should we have of the righteous political warmonger and their zealous adherence to corporate-driven militarism?

And isn't it also perversely ironic that Saudi Arabia, the very state now forefronting the export and funding of violent religious jihadism in Syria, is the one most closely protected by Britain?

While Cameron is busy selling even more weaponry to that fundamentalist entity and backing the jihadist end-users in Syria, he is calling for a 'responsible' Islamic community to 'work with us' in serving to 'root out the extremists'. If only more of 'us' were being encouraged to think about that vast deception and hypocrisy.

Instead, Boris Johnson and other war-promoting populists get to proclaim their 'Britain carries on' messages, urging more vigilant and defiant defence of 'our streets'.

Here, beyond such jingoism and deceit, is a more inclusive piece of street thought: it's not just 'our' street that matters, it's everyone's street, one which we share a common duty to look after, with equal concern for all living on it.

Hopefully the stark imagery of a Woolwich street will not only serve as a disincentive to other brooding individuals contemplating irrational, useless violence, but also make people a little more street-wise about the much darker set of violent forces killing wilfully around the world and fuelling those very illusionary thoughts.
Posted by John Hilley at 12:55

I've seen the Guardian print Op-Eds that say much of the same, lamenting how the faces of the victims of our foreign excursions are never seen.

When a media organisation that has the means to send people over to report on precisely that, posts opinion lamenting on how that isn't done you feel like screaming at the page.

Fine point, Michael. And all so typical of the Guardian's wishy-washy editorials.

Thanks John, yet another reasoned and thoughtful response to a problem that wouldn't need explaining if we didn't have such a corrupt MSM. I don't know if it's that people are oblivious/ignorant to what kind of policies our government is trying to implement abroad or that they simply don't care. We seem to live in a bubble type syndrome whereby if it doesn't affect us,'we' don't have to worry about it. That is until some extraordinary event like this happens where the perpetrators clearly wanted maximum coverage of their crimes. Sadly , I think this was just minor diversion from Coronation St , EastEnders and so on which (from the very limited times I have seen them lately) simply fill the screen with half an hour of petty squabbling and teaching the viewers how to deceive a friend or relative. If these programs are what the general population base their ethical and moral values on, we are in a mess.

"I don't know if it's that people are oblivious/ignorant to what kind of policies our government is trying to implement abroad or that they simply don't care."

Yes, it can seem a dispiriting case of both.

Yet, we just can't underestimate the huge impact our one-speak politicians and media have in generating selective forms of human sympathy and support.

And when the backlash, however reprehensible, does come to 'our' streets, that same system goes into overdrive in keeping us selectively focused.

Just imagine the public perception if such detailed human coverage of, say, Afghan victims was on view, alongside serious media questioning of UK involvement and criminality.