Invasion of the Admonsters 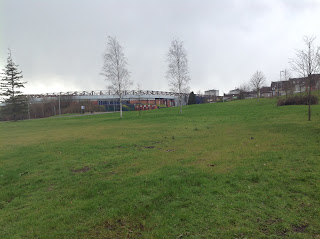 Here's a little tale of local invasion, and how, with Orwellian-creeping stealth, digital advertising hoardings are now occupying every available prime, pleasant and green public space across the land.

Think War of the Worlds takeover, only waged by invasive corporate forces setting down their monolithic steel structures and gigantic screens on an unsuspecting public, all for the unworldly purposes of rampant profit and consumerist control.

On 12 November 2019, Glasgow City Council's Development and Regeneration (planning) department granted an application from Global Media for the erecting of two massive LED digital hoardings at the corner of a pristine piece of green land adjacent to Hampden Park, Scotland's national football stadium.

No one was consulted. As enquiries to the planning officer confirmed, no local residents or anyone else using this popular locale were notified.

Disingenuously, the signed-off documents show that the council deemed residents 'sufficiently distanced' from the proposed signage. 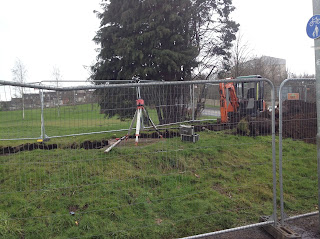 Likewise, the planning department judged that 'on balance' the erecting and angular positioning of these hoardings on a busy corner road intersection, directly in front of unspoiled green land, and immediately fronting a mature tree, would 'not be over-invasive'.

The site had recently been restored to its natural state following extensive underground pipe work and major disruption. Two older ad hoardings had been removed from the same space during the work, leaving the area entirely clear of ugly corporate signage.

One can but speculate as to the mindset that weighs such matters. How does crass commercialism come to be prioritised over green space? Might we reasonably assume that local people, if consulted, would much prefer the latter?

But there's another obvious anomaly here with regard to supposed policy aims.

How can a council with 'strong environmental objectives' give ready permission to such aesthetically bleak and environmentally damaging constructions?

How, moreover, can it reconcile those proclaimed eco-credentials with the kind of mass consumerist messages, most alarmingly carbon-promoting ones, being relayed on loop by these LED monsters?

Is there anyone within this 'planning' bureaucracy and political chambers able to see, or willing to act on, this glaring contradiction?

Perhaps such questions might more readily occur as Glasgow prepares to stage the COP26 eco-summit later this year.

One wonders what visiting environmentalists and delegates might make of such eco-negating displays.

But then, this is a past council that signed-off an actual motorway through its own city, despite every environmental study warning of the damage it would cause, including massively increased vehicle traffic on local roads.

Of course, it's not just dear old Glasgow in the frame here. Just as every successive administration in this city has succumbed to 'commercial priorities', so it seems we've seen an entire surrender to corporate control of our urban landscape.

The corporate giant responsible for the above-noted eco-vandalism, and much more besides, is Global Media.

Based in plush London offices - owner also of major multimedia outlets, including Capital, Heart and Smooth radio stations - Global's slick message of corporate deliverance includes an all-inviting pitch to clients and viewers of outdoor media, with glowing notice of the 'compelling' benefits:


"Global is one of the UK’s leading outdoor media companies, with an extensive portfolio that combines airports, roadside posters, premium digital screens in prime locations and more. Our offering also includes Transport for London’s Underground network, shopping malls and cinemas, as well as the UK’s largest network of buses in major towns and cities across the UK. All told, Global’s outdoor division has over 235,000 sites. By combining outdoor with our radio and digital brands, and our world leading digital advertising platform, DAX, Global is able to provide the most compelling “one stop” solution to brands, agencies and advertisers."The proliferation of corporate advertising represents not only a colonisation of public space, but a violation of our very human rights. It's a concentrated assault on our cultural sensibilities, our cognitive development, our actual mental wellbeing.

The most insidious part of this corporate onslaught is how unconsciously accepting and routinely inured we've become to it.

If you have any doubts about the deep, pernicious impact of mass advertising, or think it's of little psychological consequence, just reflect on why big business spends countless billions on it.

For children especially, exposed from their earliest years to corporate branding, capitalist advertising is not just an encouragement to consume and desire evermore products, it's a form of mind control, normalising a system of human targeting that could more rationally be regarded as abusive.

It seems disturbingly fitting that the above-noted ad structures will be sited in close proximity to a large school and busy youth sports centre.

The most entrenched and dominant forms of control are the ones that not only go unquestioned but unnoticed.

If the message of corporate branding and encouragement to mass consumption flashing up on these screens is all too visible, the destructive forces and corporate messengers behind them remain conveniently out of sight. 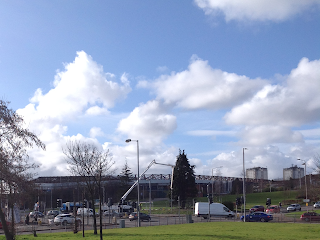 At a time of unprecedented climate emergency, catastrophic loss of natural habitat, obliteration of species, alarming energy wastage and unrelenting pollution of the planet, it's truly staggering to think that mass advertising is not only permitted but allowed such freedom to expand.

From governments to local authorities, policy pledges and calls for greater environmental awareness sit as rhetorical greenspeak to 'commercial reality'. It's still, in every serious regard, business as usual. 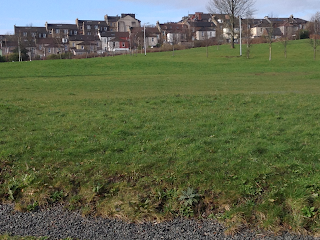 Back in that once-pleasing green space, two attention-demanding Admonsters will soon be blocking out a charming, earth-enhancing tree and wider natural view.

Alongside their imminent physical arrival, it's a kind of deeper symbolic statement of where we are in this moment of climate reckoning, the choices we're making, our blinkered outlook on the planet, the views of the world we might wish for, the imposition of corporate others, the actual beauty and possibilities that this coroporate 'reality' is continuing to hide from us, the extent to which we tolerate, turn a blind eye to, and passively accept the banality and brutality of neoliberal existence. 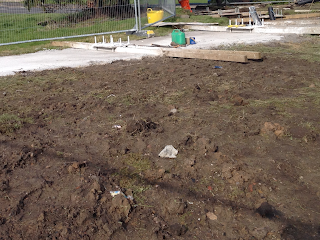 It would be nice to think there might be some kind of last minute intervention to halt this local invasion, a late realisation of the expansive ugliness about to be bolted down on this pretty landscape.

But, of course, that would be to trust in the delivery of real civic awareness and political vision, rather than the depressing public outlook and corporate vision we're being relentlessly subjected to.
Posted by John Hilley at 13:37

Induced consumerism has long been a tool of Capitalism.
An American advertising copywriter warned of this poison and gave an obvious solution in 1959,- a solution that would NEVER ever be allowed -
Frederik Pohl, "the Bill of Wrongs", in his fictional piece "The Waging of the Peace" :
1. The First Wrong that we must abolish is the forced sale of goods. In future no one shall sell goods. Vendors may only permit their customers to buy.
2. The Second Wrong that we must abolish is advertising. All billboards are to be ripped down at once. Magazines and newspapers will confine their paid notices to one-quarter inch per page, and these may not have illustrations.
3. The Third Wrong that we must abolish is the commercial. Anyone that tries to use God's free air for pushing commodities offered for sale is an enemy of all people , and has to be exiled to Antarctica, at least.

Such 'badthink' may soon be branded a 'hate crime'.